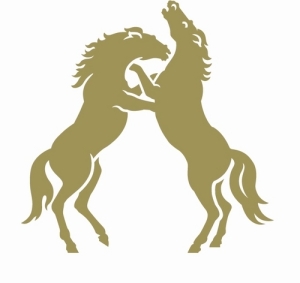 The Rymill family have a long association with Coonawarra. Current Managing Director John “JR” Rymill is now the fifth generation of his family to be involved in the Terra Rossa district that his great-great-grandfather, John Riddoch, founded in 1890.

Now under the European influence of Senior Winemaker Sandrine Gimon, there’s a drinkability to the Rymill stable, along with the traditional longevity of Coonawarra.

Their entry level range “The Yearling,” refers to the equestrian past of the Rymill family and their label design. Indeed John’s father Peter, founder of the Rymill family winery, was Australian Show Jumping Champion in 1965. These wines are excellent value and show the essence of Coonawarra.

Crisp and herbaceous without being pungent or sickly. Plenty of Padron Green Pepper spice to keep the flavours into the capsicum spectrum rather than overtly tropical. A quaffable Sauv Blanc with a marked point of difference.

To quote Sue Bell of Bellwether Wines “Coonawarra Cabernet is like iceberg lettuce. It used to be the most popular, but we’ve been distracted by all these fancy types yet it still tastes the best”

This is exactly what you want in a Coonawarra Cabernet for mid week drinking: Cassis, cigar ash, blood plum with good oak spice. Medium to full bodied, there’s plenty of dark black berry fruit and crunchy tannin. Avoids being sickly sweet like a lot of Cabernet under $20.